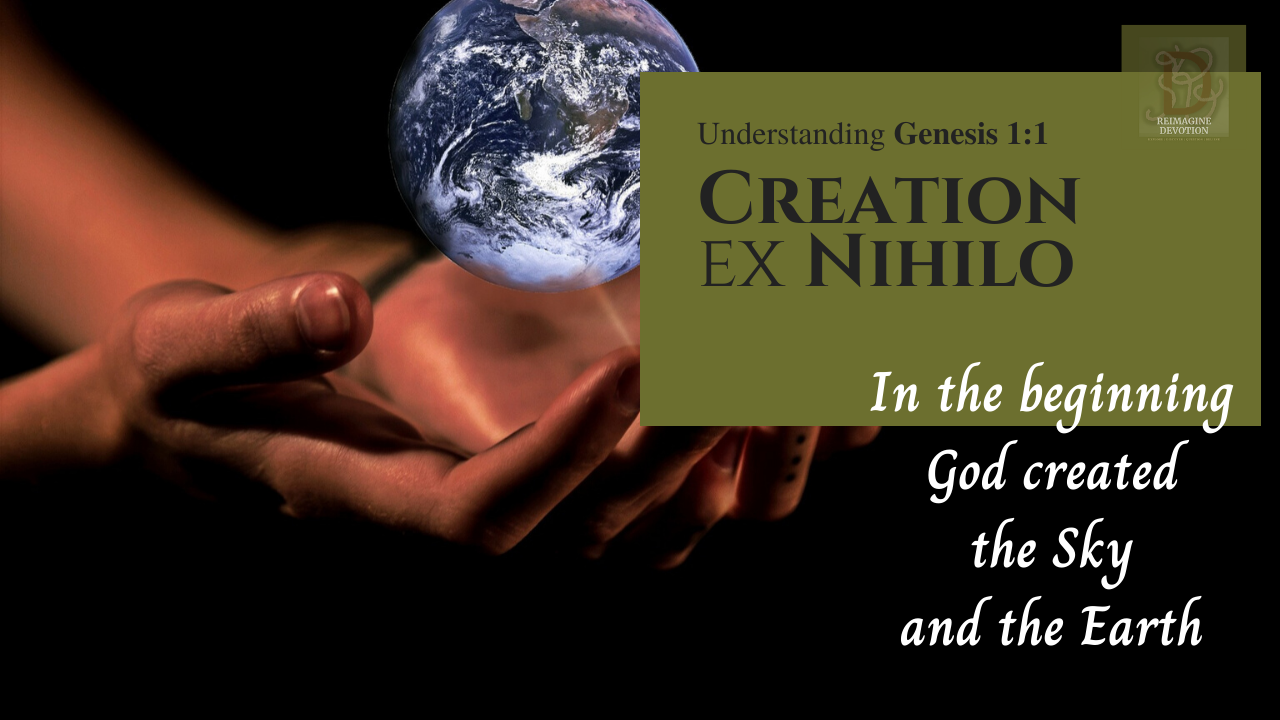 The bible begins in the beginning—

The absolute and total beginning—

the time from which all time comes.

Long after Genesis was written, Roman Christians would start talking about something called creatio ex nihilo: creation out of nothing. While the writer of Genesis 1:1 falls short of stating that God created “out of nothing,” what he did write – in an early, less sophisticated age – already suggests what later theologians would come to know.

God created the heavens and the earth—except this isn’t exactly what the bible says. The word translated “heaven” here actually means sky. In fact, whenever you see the word “heaven” in the bible, it’s really just the word “sky.”

In other words, God did not create out of “pre-existent matter.” That’s how later Christians would start saying it. Though he does not say it, the writer of Genesis 1 already anticipates the later debates. In the beginning, God created all that is.

Before this moment there was nothing. After it there was . . . something. Reality. Creation. Matter. Energy. Whatever you want to call it.

In the beginning, God created . . . In these first words, we draw a line that cannot be crossed.

It is the only real line, the only real separation in all of existence. The divisions of gender, species, plant and animal, animate and inanimate objects, even matter and energy are secondary, and ultimately insignificant. The worse divisions, between race and creed, nation and social status, are of our own making, and wholly meaningless.

But in these first words of Genesis 1:1, we find the one and only true division: God vs. creation; the Divine, and the not-divine; the created and the not created. The only line that cannot be crossed

God is beyond the circle, because only from outside the circle could God create the circle—the sphere of existence—an existence that God himself is too “big” to exist inside. We can calculate the moment of the Big Bang, down to the last fraction of a second, but be cannot calculate what was before, outside, or beyond. We can only speculate. We can only dream.

Between the circle and what lies beyond the circle, there is no connection. This is the line between one reality and another. To cross it is impossible.

God is God, and we are creation. One exists forever, the other is defined by the fact that it has a beginning and an end. The sides can have nothing to do with each other, except in this one, all-precious miracle, this little action verb—to create.

In this act of “creation,” the essence of existence, that we today call God, spills out into the circle, and into everything inside the circle. God’s existence spills into us, and only then do we exist. We are not God because we were created. God is not us, because God always existed. We exist, because Existence itself created us.

What about you? What does it mean to be created by God? How do you experience God as creator in your life?

Up Next: Dive into the Deep with Genesis 1:2!