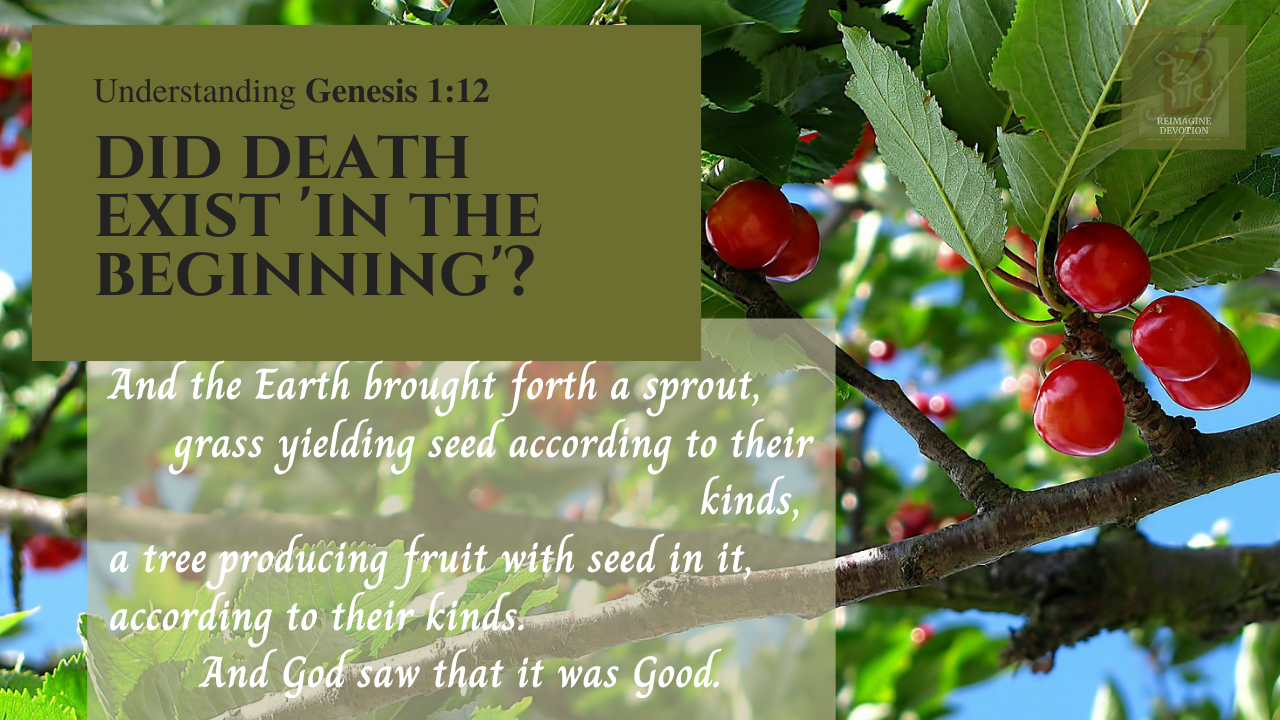 God made the world perfect.

So did death exist ‘in the beginning’? No, because a perfect reality, free from sin, free from death, was God’s intention. Humans screwed it up.

If you have spent any time in a church, you have probably had something like this preached to you at some point. In fact, we Christians have had this “world was perfect, death did not exist in the beginning” sermon preached at us for so long that it feels like established fact.

It’s obvious. A loving God would not create a world full of sin and suffering, death and destruction.

The idea that God created the world “perfect” was invented to address a problem. The number one argument people have against religion involves the question of suffering. How could a loving God allow the innocent to suffer? Also, die… etc.

(Sometimes, we even skip the innocent part and just ask “why does God allow anyone to suffer, ever?”)

Personally, I find the question itself narcissistic and invalid. But that’s a long argument for another time.

My point is that Christians started claiming “God created everything perfect in the beginning, and in the beginning there was no death (suffering, etc.)” as an avoidance tactic.

God didn’t intend suffering. We humans created suffering when we rebelled against God of our own free will…

God didn’t create a world with death in it. We humans overrode God’s intentions for God’s own creation and brought death into existence against God’s will and only after the fact…

This has become the standard Christian response, even though I think many Christians find it unsatisfactory. (And I have never known any non-Christian to be convinced by it.)

There are, in fact, many problems with this answer, starting with the obvious rebuttal: “Well, didn’t God know we would screw up the universe? And, if so, isn’t that really the same thing as creating a screwed up universe?”

But most people don’t realize that the problems with this “death did not exist in the beginning because God made everything perfect” answer is NOT biblical. The bible never says this directly, and, moreover, many biblical passages make it all but impossible.

Genesis 1:12, and the surrounding verses, is one of those passages.

The evidence of death in Genesis 1

The entire universe is in a state of perpetual decay. Your own body will completely rebuild itself thousands of times over the course of your 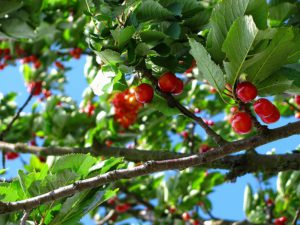 Something like a thousand of your skin cells will have died and been replaced by the time you finish reading this post.

Your digestion system is a machine specifically designed to breakdown, destroy, “kill,” and re-purpose organic matter.

The tricky part is that this circle of life isn’t a bad thing. It can be romanticized because it has and does its share of good.

Death and decay are necessary if the world is to keep growing. This universe is perishable, and it is finite. In fact, this is the main difference between us and God. We are finite, God is not. We are limited, God is infinite. We are perishable, God is alpha/omega, beginning/end, eternal and everlasting.

God is Creator, we are Creation.

The physics of being finite

Because we are finite, nothing comes from nothing in this universe. The universe itself came from nothing, but in the universe, after creation, matter and energy are finite.

In order for one thing to be created, another must be destroyed. And that’s where Genesis 1:12 comes in with its reference to biological reproduction.

Genesis 1 is filled with references to seed-bearing plants and reproducing creatures. Humans and animals are both commanded to procreate. And here in 1:12, the idea that plants were created with the ability to produce more “of their own kind” is referenced over and over again.

But reproduction only makes sense in a perishable world, to replace what has gone away.

God ordains the process of reproduction here in Day Three of Genesis, long before the Fall. And God saw that it is good. Natural, physical death is not just the death of one thing, but the birth of something else. It is a circle, a cycle, a process, that God begins in Genesis 1:12, with the creation of seed-bearing plants.

In the Gospels, Jesus affirms that when a perfect world does come into existence, the natural order of marriage and reproduction will go out of existence, (Luke 20:27-36). Why? I have to assume it’s because death cannot exist in perfection, and without death, there is no reproduction.

Beginning here in Genesis 1:12, “marriage” and reproduction are both established before the fall. Here in this world now, they are good. But still, this state of things is to be repealed. By abolishing marriage in perfection, Jesus himself affirms that reproduction exists because of death, and the need to replace the dead. 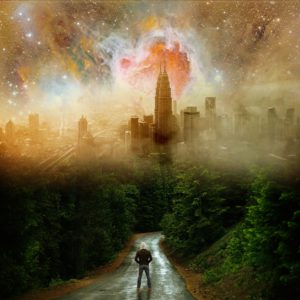 The perfect world that Jesus speaks of (often called the “resurrection” in scripture) is not, as many believe, a return to the paradise that once existed.

The perfect world will be a Second Creation, a fulfillment of the unrealized potential that existed “in the beginning.” NOT a return to the beginning. 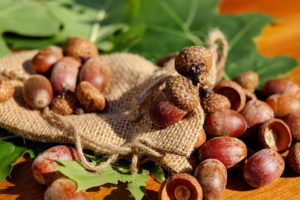 In Romans, Paul writes that “the creation was subjected to futility, not willingly, but because of “Him who subjected it in hope” for a greater day, (Romans 8:20).

This “one who subjected it” cannot be Adam, or any other human. If Adam’s sin is what subjected the earth to its mortality, then the earth was not “subjected in hope,” but rather in rebellion and in tragedy.

The one who subjects here is God; the means of subjection is creation itself.

God created a world that was perishable, a universe that would die. In fact, I believe that the dying of this universe has always been the divine plan. I believe that the witness of Scripture supports this belief. So it had to be in the beginning, in order to bring about a greater thing, a greater reality, at the end of time.

That greater thing is a world where neither the power of death nor physical death itself exists.

This world is good. So Genesis 1 declares.

The perfect world is yet to come.

This is the promise upon which Christianity rests. God does not call us to look backward in regret at the fantasy of “good old days.” God calls us to march into the future, into the making of a better world.

What are your thoughts here, and why? Is death always evil? Are there different kinds of death, some of which might not be evil? What does that mean for our faith if death existed before the Fall in Genesis 3? Share your thoughts or questions on this complicated topic below.

Missed the last verse? Catch up with Understanding Genesis 1:11.