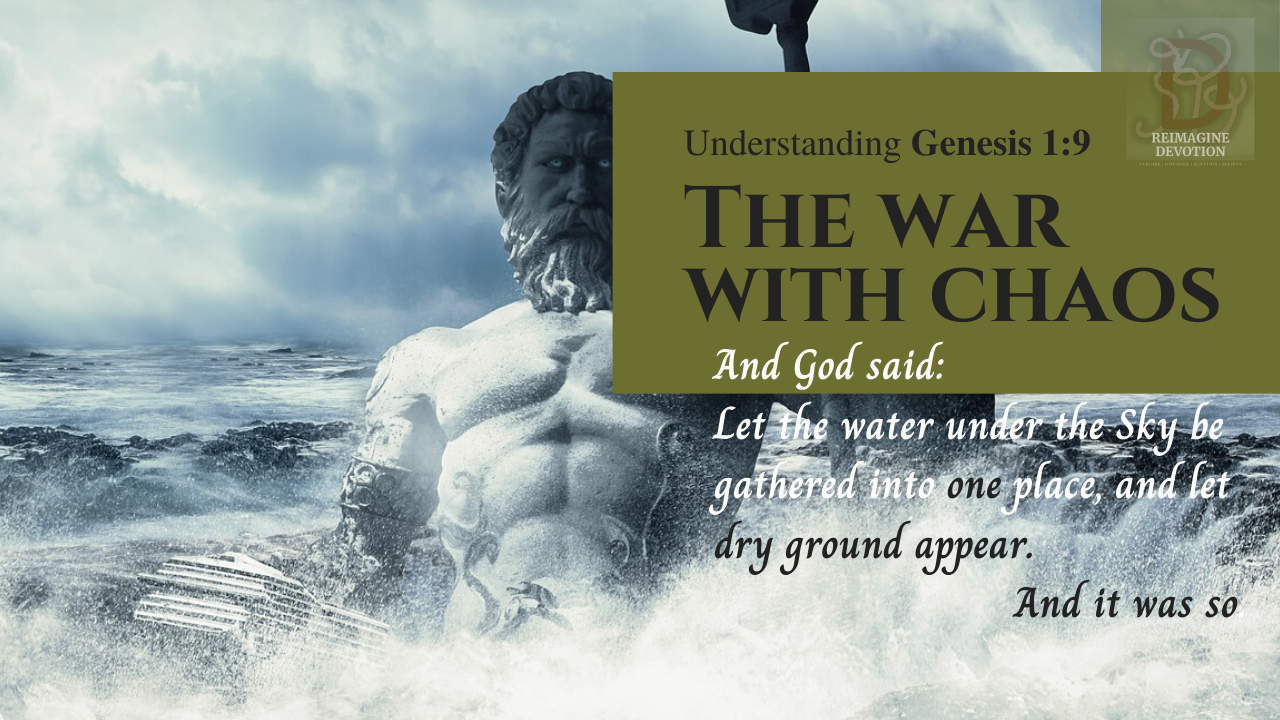 In the ancient world, the Sea represented the forces of chaos, disorder, and terror.

Travel over water was considered unnatural, even by the sea traveling nations. Boats stayed close to shore, clinging as well as they could to the safety of the land. And from great sea storms, to the simple vast, endlessness of the ocean, it’s not hard to see why.

As far as ancient peoples could tell, the sea was bottomless, an abyss which swallowed men whole, dragging them down into the underworld. Jonah’s adventure in the whale was understood in its time as a journey up to the gates of the underworld, (Jonah 2:5-6), which is why Jesus would one day use Jonah’s story as a metaphor for his own journey into death, and back (Matthew 12:39-40, 16:4). 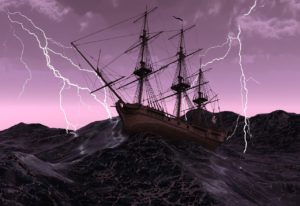 The Creation of Land

When God creates dry land in Genesis 1:9, on the one hand, this is simply the next logical step in God’s methodical creation. Humans are creatures of the dry land. As God made us a sky so that we could breathe, God makes us land so that we can walk.

But as should be clear by now, there is more to the story in Genesis 1.

On a symbolic level, the creation of land is yet another blow in God’s war against the forces of Chaos and Evil.

The War with Chaos

There is a story, common to several mythologies, in which the gods, at the beginning of time go to war against the Sea, or a Sea Dragon, or some other personification of chaos. Only with Chaos contained can the gods bring order to the world, or back to the world.

So the gods of order and civilization face off against the gods of chaos and disorder at Ragnarok in Norse mythology, so that the world can be reborn.

The high god of Babylon,​​ slays the sea monster Tiamat and creates the earth out of her 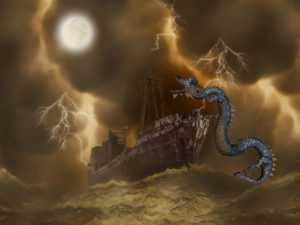 Zeus and the Olympians chain the chaotic Titans under the sea, in Tartarus. And Poseidon, the Olympian sea god, builds a wall at the bottom of the ocean, to seal Tartarus off from the land of the living.

And here in Genesis 1, God forces the Sea into one confined place, chains up its destructive power, and paves the way for human existence.

There is, however, one important difference.

While the gods of other mythologies had to risk their own existences to battle the Sea and its monsters, our God never fought the Sea.

Instead, God just speaks, and even Chaos must do his bidding.

Here in Genesis 1:9, we find foreshadowed the awed, terrified question the disciples would ask, thousands of years later, after Jesus calmed the storm in the Gospel of Mark:

Only a god could have such power, and only the One God’s power is great enough to speak and win, without violence, and without war. 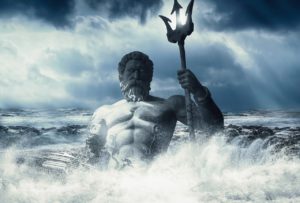 Where is the chaos in your life, the life of our nation, the life of our world? If the daily news teaches us nothing else, it is that sea dragons are still out there, lurking on the edges, whispering to our darkest selves. We humans lack the power to face them alone. Say a prayer today, for God’s help with the chaos that can so easily overpower us.

Missed the last few verses? Catch up with Understanding Genesis 1:8.