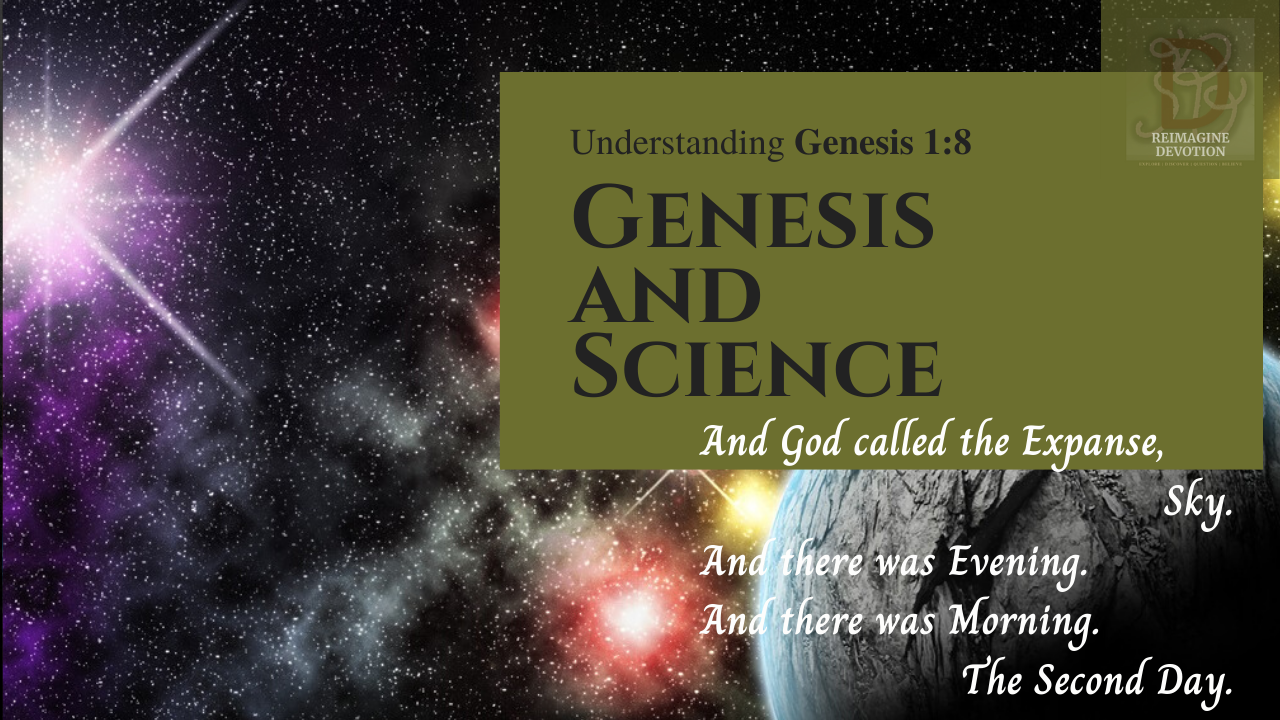 Earth’s sky was, science now says, not the second thing to come into existence in this universe. A whole lot of stars, planets, galaxies, comets, asteroids, even other skies above other worlds, proceeded the sky that we look up and see today.

And yet, when allowed to, Genesis 1 and modern science do stand together quite well.

No, the Sky was not the second thing brought into existence at the dawn of time. Or, probably not, anyway…

But there is another way to look at the Genesis story.

In light of what we now know about reality, we can interpret the creation of light in Genesis 1:3 as the creation energy itself, the great explosion at the beginning of time.

In the same way, knowing what we now know, we can interpret God’s separation of the “waters above and below” as the division and creation of elements in the young and rapidly expanding universe of our scientific theories.

Or, we might interpret this “division” as the first and most critical difference which exists in our universe: the difference between matter and energy.

paration” that creates the Sky in Genesis chapter 1 verse 8 foreshadows things that are yet to come, both in the Genesis story, and now in modern science:

In order for something new to exist, what existed before must divide.

One thing must become two.

From the cells of our bodies, to the elements which make up planets and stars—in every second of every day, this process repeats a trillion times over. The old is divided, pulled apart at its seams, so that those elements and energies may come together into new patterns, moving the universe forward.

This process of division into multiplication recreates our own bodies every day. It recreates the human race with each new generation. It turns gas clouds into stars, stars into explosions, explosions into planets and elements and new stars.

And by this same process, God first created all things.

…in scientific terms a trillion years or so and there is yet another connection to make between science and God’s creation of the Sky.

Science tells us that at the dawn of our planet, the air was poisonous, filled with toxic fumes belched through the crust from earth’s molten core. There was too little oxygen, too much of other elements, to support life.

Before life could exist, the planet had to cool, those toxins dissipate, or be replaced, to create this tiny, tiny space which contains the air that humans need to breathe.

All of this testifies to the pure miracle of existence, the billion tiny things that had to go just right before one single cell came alive. 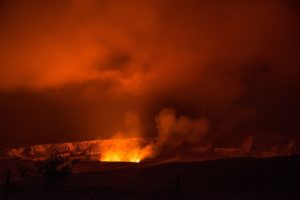 One of the arguments in favor of an Intelligent Designer (God) is that the existence of life is too unlikely. Too many things had to go just right, and too many factors could have been just slightly not right. Random chance is hard pressed to account for all the coincidences that life requires. Do you find this argument convincing? Why or why not? Feel free to share your thoughts below.

Missed the last few verses? Catch up with Understanding Genesis 1:7.

Move on to Understanding Genesis 1:9 now!